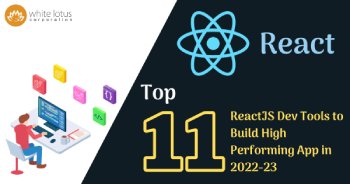 In this blog, we are here with the Top 11 ReactJS tools, explaining their functions and features. Let us first understand what is ReactJS and why you should consider app development with ReactJS.

React works on a declarative programming paradigm and involves state management rendering the state to DOM.

As soon as developers change the design views for the state of an application, ReactJS updates and renders each component when the data changes.

ReactJS is one of the most preferred frameworks amongst front-end web development company. According to Statista reports 2022, 42.62% of developers among 58,743 respondents worldwide prefer using ReactJS for app development.

Why choose ReactJS for your project?

Which are the major components of ReactJS?

Components are the building blocks of any software application. There are two types of ReactJS components:

Functional components are declared with a function return with JSX. 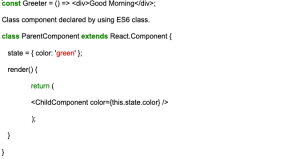 Any React Application is a set of components. All these components are built separately and then combined into a Parent Component. The finalized Parent component is the User Interface of that application.

What are the topmost ReactJS Developer tools?

We have a list of top ReactJS tools with their features and interface to give you a proper understanding of React. Let us delve deeper.

ReactJS Dev tools are extensions for the JavaScript library available on Chrome, Firefox, and other web browsers. They are useful while working on ReactJS apps.

With React Dev tools developers can check the props, hooks, state, and other parameters for each component. It also helps in checking whether ReactJS is used in the development of a particular application or not. 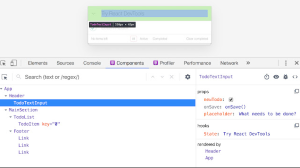 Clicking on components leads to the component tree, where you can edit props, inspect components individually, as well as understand their structure and state. By clicking on the Profiler tab, you can record the performance.

It is one of the most popular development tools in the React community with over 89,000 stars on GitHub. Developed by Facebook, it is best for starting new projects. Beginners can easily have a hands-on, without any tech complexities.

It can create a React app in a single command without any requirements for support modules, project structures, or build configurations.

Create React App leverages a developer environment by optimizing the project for production. It provides a front-end build pipeline, and for the back end, developers can save time by developing it using any programming language. 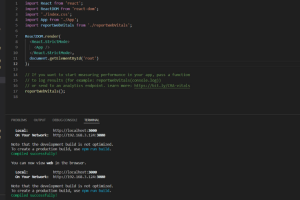 These features make Reactide the most recommended IDE for web development.

Reactide is the most tailored IDE with ready-to-use modules. ReactJS has a custom browser simulator along with an integrated Node server. Hence, there is no need to establish an external server configuration. 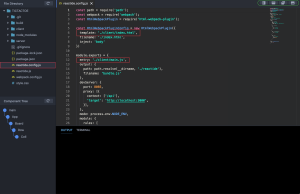 Storybook enable developers to interactively build and test components in an isolated environment. These components can be saved as stories in a sandbox to create a storybook.

Each story contains statistics and its components are reusable. Storybook acts as both a UI component playground as well as a development environment. 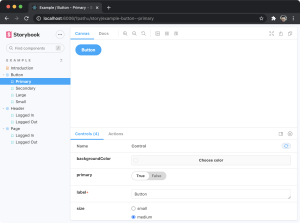 Code Sandbox is a popular Online Code Editor. It can be used in ReactJS development as well as other JS frameworks like Vue, Angular, etc.

Code Sandbox helps in creating a web app from scratch, developing the prototype, and manifesting the final app. To keep a track of app development Sandbox provides a URL for the project code.

Sandbox online playground gives you a visualization of how your UI is shaping up.

As it works online, Sandbox is a very helpful tool when there are limitations for device memory usage. With Code Sandbox. Actions like bundling, transpiling, and dependency management completely get automated. And, you can start a new project with a single command.

The live representation functionality allows a preview of functionality, as an outcome of the code. Also, the URL can be shared encouraging team development.

React Proto is a prototyping tool for React apps. It allows developers to visualize and set up the application architecture straightforward. This architecture is then ejected as apk. file into the existing or new app project or a template from the repository.

React Proto is for React developers who prefer visual designing to code. It enables developers to develop a prototype UI by dragging & dropping, instead of writing codes. This does not mean that the entire app is developed without coding.

The developers have to select the framework and label its components as well as their hierarchy. This needs to be exported to the auto-generated code. The code can later be customized as per the project requirements. 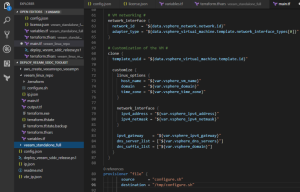 Boilerplate means chunks of code that can be reused in different projects. Boilerplate is like a template that developers can easily implement with little or no changes.

The boilerplate is highly scalable and with an offline first foundation, it provides a virtual development environment.

A huge community prefers React Boilerplate, so any confusion or problems can be fixed right away. Besides, by leveraging react intl package, developers can create the app in multiple languages.

Rekit is an all-in-one React tool kit that has React, React Router, and Redux, for app development. With Rekit you can create modern, highly scalable online apps.

Rekit enables access to Rekit studio that gives an overview of overall components, reducers and pages. Get the best result by collaborating Rekit with Create React App. 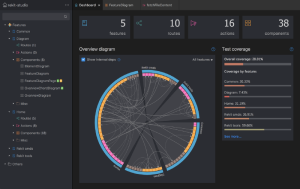 With ReactJS developers can build UI components that can be easily reused. However, reusing the components and implementing tests within them becomes a complex task for the developers.

Hence it saves the effort to create consistent branding for multiple products and avoids duplication.

Bit is open source and free to use too on GitHub. It enables developers to share and sync components between various projects and applications.

It helps the developers to make an application as a collection of independent components. It is a great way to develop scalable React apps.

Another option offered by Bit is its third-party marketplace. Here you can search for components that suit your project requirements. These components are developed by others. You can download the selected components, customize them and render them. 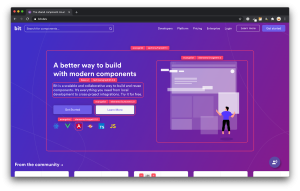 Redux conducts state management and ensures that components are accessed systematically. Redux must be accessed by Reducer and Action system. 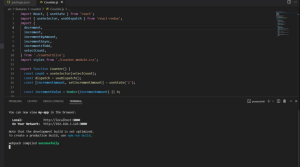 Hiring a field expert always saves your resources, time, and cost. ReactJS developers are equipped with knowledge of the latest React technologies and frameworks. Having excellent knowledge of JavaScript, they can efficiently develop and maintain the React app.

When it comes to hiring for development in ReactJS, hire ReactJS development company in India is always a good option. You get to enjoy the services of the top 1% of IT brains across the globe.

With a transparent working structure, you can get your work done within the timelines. Also, with a top mobile app development company, you get to enjoy a managed, supervised, and lucid flow of services.

Whitelotus Corporation is a top mobile app development company, developing web apps and mobile apps for more than 10 years. We have an efficient team of ReactJS developers having expert technical knowledge regarding ReactJS tools.

We build startups from Zero to One.