The Future of iBeacon Technology 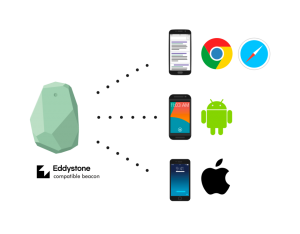 Mobile & web apps and the future of iBeacon technologies

It’s been almost two years since Apple launched iBeacon, its own beacon format, and kicked off the contextual computing revolution. For the first time in computer history, a massively distributed and popular consumer device such as an iPhone was able to sense micro-location information broadcast by tiny, battery-powered radio devices.

The most important innovation was removing all of the friction in user interactions. Before iBeacon, it was possible to use QR codes and pass contextual information to the phone, but it was inconvenient: pulling out the phone, opening a QR code scanning app, focusing the camera on the code, etc. With iBeacon technologies, users just need to enter a beaconified location and a pre-programmed action will automatically appear on the screen—frictionless.

Apple made this technology elegant, privacy-oriented and straightforward. They anticipated billions of devices advertising their presence, thus they designed the iBeacon format to consist of 20 bytes containing a static identifier (UUID + Major + Minor)—enough to number all the objects on earth.

When a phone discovers the beacon and picks up the identifier, it triggers an app and the action assigned with that beacon. That is the most beautiful part of this elegant design: an app searching for a specific beacon is required. That means this technology is opt-in only. Apple knew that powerful and frictionless experiences might also put users at risk of being spammed or tracked without their knowledge. That’s why users have to explicitly opt in by simply downloading their favourite store or brand app. By doing that, they allow app creators to push notifications to their phone or to use location services.

When a user feels that the app shouldn’t use her location or that there’s not much value behind the app, she removes it. That is actually why many mobile app developers concentrate on delivering amazing value to users.

However, it’s one thing to broadcast a static identifier and trigger hard-coded actions and another to engage with users through dynamic app content.

When a user walks into a furniture showroom and approaches the sofa she likes the most, she can see the picture, description, or price on her smartphone. But this data might change over time. In order to maintain it, developers might either hard-code all the new data into the app and push the new version to the App Store, or the app might simply fetch the data from the server by passing beacon identifiers to CMS solutions, where marketers could keep the content up-to-date.

Eddystone by Google and the mobile web

But what if we want to interact with many brands and many airports or retail stores? Do we need to download all these apps? Not really. 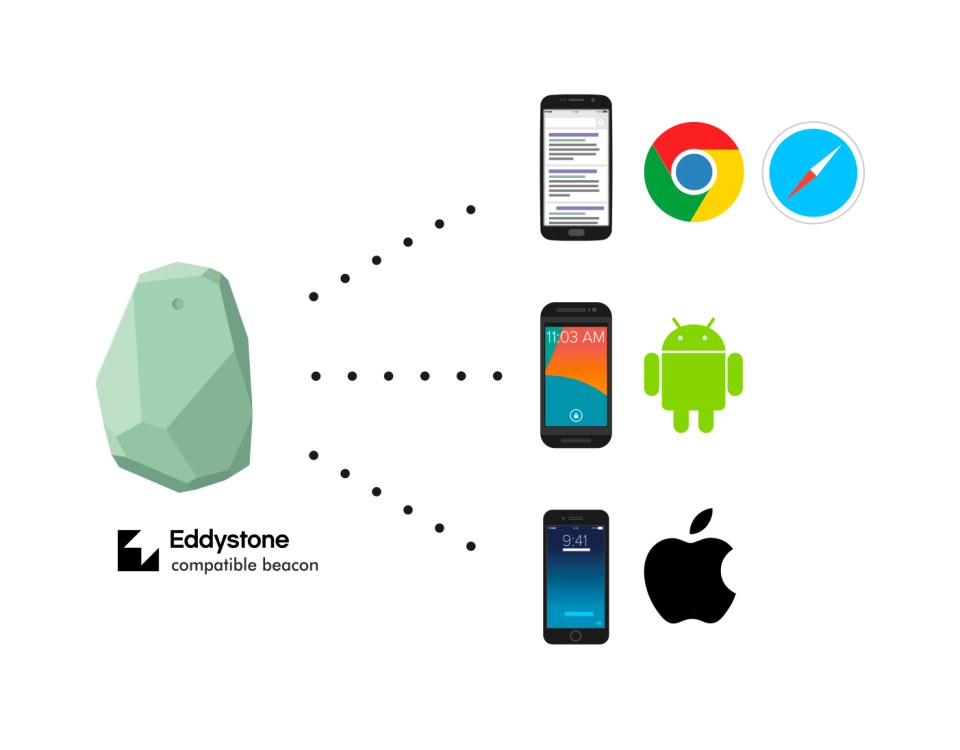 Google recently released a different beacon format called “Eddystone.” Unlike iBeacon, it doesn’t broadcast only an identifier, but also a pre-programmed website URL. So instead of having many different apps fetching contextual data, we might have just one, and it can simply be the web browser.

A similar shift happened in the early ‘90s. There were many standalone apps exchanging data with servers using different data formats. There was, for example, the FTP protocol and the FTP client app, IRC and its client, Usenet, Gopher, Mail, etc. Over time, most of these services moved to the web and were consumed by the internet browser, which could run on any computer, any processor architecture, and any screen.

It was faster and cheaper for developers to design, build, distribute, and update web apps. Broadband and modern browsers made it impossible for users to distinguish the so-called Web 2.0 apps such as Gmail, Google Maps, and Google Docs from their standalone competitors like Outlook or Excel.

That trend is not visible in the mobile world yet. Most of the popular services such as Snapchat, Facebook, or games still run as standalone native apps. It’s because of performance: native apps can run much faster, they optimize battery consumption, and they have access to low-level peripherals such as built-in sensors, cameras, memory, etc.

Over time, the defragmentation of mobile devices, platforms, and screen sizes might again result in a shift towards web apps, especially if browsers become faster and gain more access to low-level peripherals. Google, for example, recently released a Chrome browser for iOS that can natively scan for URLs broadcast by beacons. This might become the promise of a single app talking to many beacons.

Being able to quickly deploy hundreds of beacons and see them immediately on a floor plan has been always a long-term goal for Estimote. Every day we get closer to that vision because of our heavy investment in beacon-based indoor location.

We’ve built an amazing data science team that has created robust indoor location algorithms and SDKs that anyone can build into their apps to achieve an accuracy of locating people and their phones inside a building to within just a few meters.

One app installed on the phone and responding to all beacons might be an elegant solution to the app distribution problem.

Nevertheless, the most progressive brands and retailers, with their innovative mobile teams, will keep investing in their own loyalty or in-store-experience apps. They know that the only way to have full control over the data, branding, and end-to-end user experience is via standalone apps installed on consumer devices.

They also know that the only way to convince users to download these native mobile apps is to provide them with amazing value. Beacons help with that, by removing the friction and making apps smarter.

UI and UX designers can leverage beacons to understand the microlocation or context of their users. Also, by using additional data from sensors, such as motion or temperature, user interfaces can be simplified or sometimes completely reduced.

Beaconified apps help their users focus on the main goals behind the apps and can impact important metrics such as engagement, usage, or retention.

Whitelotus Corporation has successfully launched a number of beacon campaigns. This information gives a company an incredible amount of leverage against their competitors lacking this cutting-edge technology. It is clear to us that Beacon Technology is the future of retail shopping and customer engagement. To find out how you can partner with Whitelotus Corporation for iBeacon app Development please don’t hesitate to contact us.